skip to main | skip to sidebar

The purpose of this blog is twofold: (1) to advertise my services as a photographer, and (2) to provide useful information to people who want to take better pictures, particularly when it comes to photographing children.

Although I have not organized the blog posts in any particular order, I have tried to start with basic information and build from there, so those wanting to learn more about photography and visiting the site for the first time may want to start with the oldest posts first.

If you have questions or comments about the blog, please feel free to leave a comment or to email me directly. I hope the photos and other information presented here help you appreciate the art of children's photography, and inspire you to take great photographs of your own. 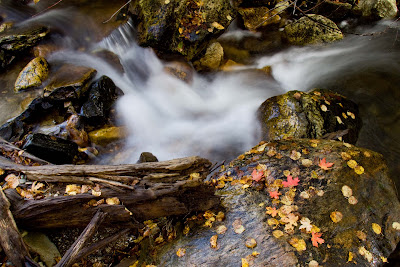 Do you like this picture? I do, but there’s one problem: it’s a lie. A little white lie, but a lie nonetheless. See the red leaves at bottom right? I put them there. Moved them only about five feet, but I still moved them, thereby “creating” a photograph more than “capturing” one.

It reminds me of a photograph taken by a famous Utah photographer that I saw not long ago in the Salt Lake City International Airport: a classic landscape photo, taken on American Fork Creek, a stream that I know and love having spent most of my formative years playing in and around it. The picture shows the dark, sinuous lines of the creek in the background with the branch of a maple tree, covered in brilliant, bright red leaves, arching out over the river. So, what’s the problem? Well, maples don’t grow that close to Utah’s streams, which experience a high, scouring runoff in the spring. As a result, I’m quite sure that the photographer (who shall remain nameless) ripped that entire branch off a nearby maple, and then “posed” it by the side of the river. For shame!

Same goes for portrait photographs. One extreme (we’ll call it “uber-manipulation”) is exemplified by many commercial photographs of women, as illustrated by the brilliant short film by the Dove Campaign for Real Beauty available at the following link: http://www.youtube.com/watch?v=iYhCn0jf46U. If you haven’t watched it, you should. Unfortunately, thanks to Photoshop, most portrait photography today is rife with that kind of manipulation.

At the other extreme are the minor touch-ups that, in this digital age, follow each and every portrait session. I suppose many people think portrait photography is cool and glamorous. Well, I spend hours—literally hours—after each session, wiping stuff off faces. It may not be as gross as doing it by hand, but I’m still wiping off boogers, dandruff, jam, cookie crumbs, bruises, scratches, spider veins, moles, acne … you name it. I’m just doing it digitally. Ah, the glamorous life of the portrait photographer! Boogers at 2:00 a.m.

Here’s the question: does manipulation matter? I think it does, though I also think that image manipulation falls on a scale from extreme to slight, and that some kind of fair balance lies in the middle.

So, where does that line between “manipulation” and “minor correction and/or enhancement” lie? I don’t know, though I’d offer at least a few factors to consider in making that judgment call:

(1) Does it distract? Far too many image enhancements—particularly in portrait photography—are done awkwardly, leaving a result that detracts from, rather than enhances, the subject. Two areas particularly ripe for abuse? Eyes and skin. Gotta love those children’s portraits with the funked out eyes. I like the pose, but why did you make my son/daughter look like a demon child from the underworld? With skin, the trouble is overworking it until it looks like plastic. Plastic looks good on a Barbie (perhaps), but on my five year old? I think not.

(2) Does it damage? With nature photography, I have real problems with anything that destroys the subject the photographer wants to capture, like the “natural light” photographer out of Moab who, a few years ago, left permanent burn marks on Delicate Arch. This is a tougher factor to apply in portraiture, though I think it covers stuff like making women impossibly thin/perfect.

(3) Does it distort? Again, “distortion” may be in the eye of the beholder, but I think in portraiture, we want to capture our “best selves.” So, I see removing that bit of acne as okay, but the minute my self-portrait starts to look more like Tom Cruise, well, maybe I’ve crossed that line, tempting though it may be … (On the other hand, I do have muscles like Arnold Schwarzenegger, so that’s legit!)

That all probably raises more questions than answers, but it’s something to think about.

(By the way, I took this photograph on the same trip, with no manipulation whatsoever, so there may be something to be said for “keeping it real.”) 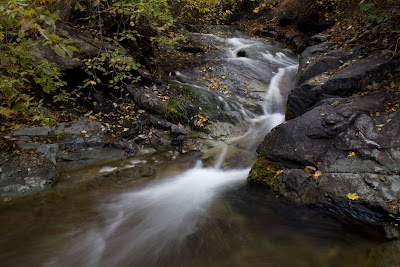 Had enough of cheesy backdrops and package photos that you don't care for but buy anyway? Me too. My pricing philosophy is simple: I DON'T CHARGE A SITTING FEE for local photo sessions, so you pay only for the photos you want to keep forever. In other words, a photo session is essentially risk free (other than your time and headache of getting kids ready). I sell professional prints that you pick out because you love them, not a bunch of underwhelming proofs or digital images.
All photos are printed on acid-free, museum quality paper by a professional photo studio. Photos can be matted and framed for an additional fee.
Please email for print pricing.